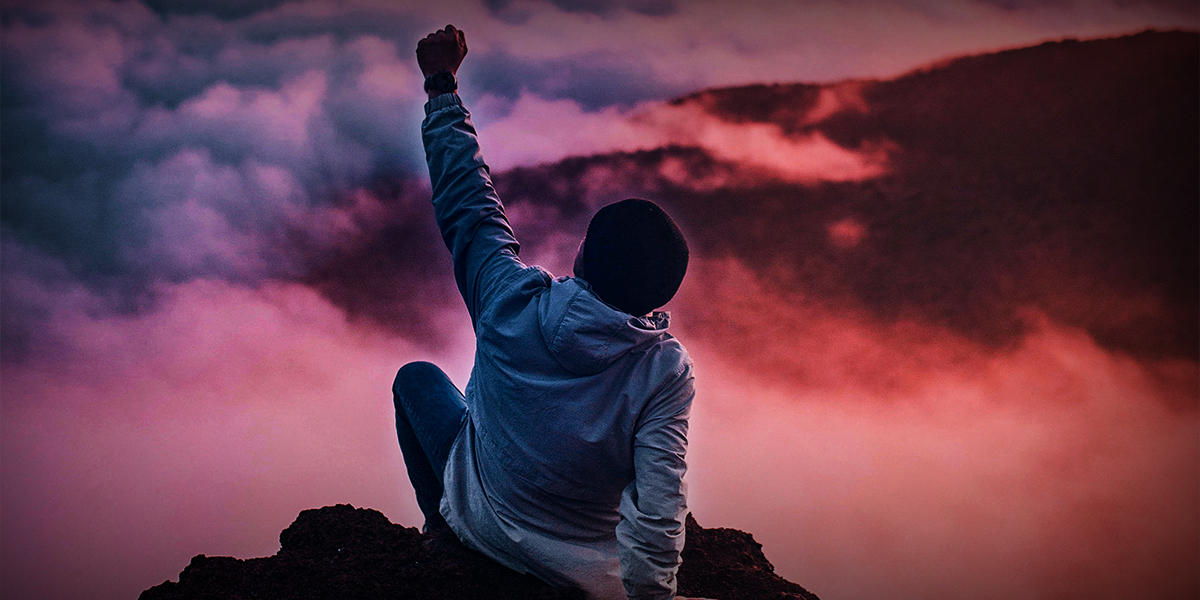 Not everyone is meant to be a brand builder, we’re all different and we've all got our different things to bring to the table. The people that are the most passionate about what they do and are the most driven about what they do, end up creating the most distinct brands and those brands typically do really well. They see something that other people can’t and they have the internal determination to keep going. These are the unique traits that set apart the good entrepreneurs from the great entrepreneurs.

Marius: 00:05 Now if any businessman or any entrepreneur must have a little bit of crazy in him or her. It sounds far fetched but you wouldn’t agree with that, you need a bit of crazy.

Kyle: 00:17 I would say it’s less that you need the crazy but just need to throw away the idea of normal if you really want to be successful. [Laughter] As they say, “normal” is a setting on a washing machine. [Laughter] That’s the only thing that’s normal. So when I say crazy it requires someone with the drive and determination, that when people are looking from the outside in, crazy is what they would call you. [Laughter].

Marius: 00:45 Now, you know, an entrepreneur they are a different brand of people all together in any event but the thing that I learned from you and you tend to talk about Richard Branson and all those people but we can have a look locally. But in the event the entrepreneur in my mind as said by you, is somebody that sees opportunities and things a little bit differently than the normal person, so to speak.

Kyle: 01:13 Exactly, you’re seeing something that other people can’t or other people maybe they can but then they don’t have the real passion or the drive to actually solve the problem. So they say real serial entrepreneurs have the world’s worst work ethic [Laughter] because they want to work all the time and they’re driven and that’s because if you’re really passionate about what you do, They say do what you love and you’ll never work a day in your life, I believe that if you’re really passionate about what you doing, it shouldn’t feel like hard work, really it should feel like breathing. The thing that you have to be prepared for and why I said that we should talk about this subject is that you have to be prepared for people that aren't going to see things the way you're going to see them and that friends and family as well as staff. For me, myself I mean, almost on a weekly basis I will have a couple hours or even a day where I'm like I feel like the loneliest person in the company because I've seen things and I feel like I'm a person in a madhouse where I'm the only sane one and everyone else doesn't see what I see. You know what I mean and I'm like maybe I'm the crazy one because I’m like guys but, do you not see it and that's where you've got to have the maturity to go well not everyone is meant to be a brand leader.
‍

Not everyone is meant to be a brand builder, we’re all different and we've all got our different things to bring to the table. Then I try to get over myself and then I sit and I draw people a picture or a mind map and I say look guys this is how it’s got to work, do you understand and then the penny drops and everyone goes now we see it but, you had to overcome that frustration and that feeling of loneliness in an emotional state Marius. I mean that's why I talk about mindset almost as much as I talk about the practical business related things about building a brand because I've noticed that especially with SMEs they struggle with it. But to be honest with you all the great brand builders of the world had emotional problems they had a mental health issue that they had to overcome in the sense of developing themselves a maturity. Whether they had a life coach, Steve Jobs went to the east and he had a guru for a while and maybe it’s a pastor or maybe it’s a priest but they need those people to help them settle and deal with their emotions because if you don't it's a huge barrier and it will stop you from being productive and I will stop you from being effective. So I think that really great if you can understand that you do feel lonely but, most entrepreneurs feel lonely.

Marius: 03:50 Indeed it is just like that. I’d like to take it a step further if I were the person that invented or told people that I’m going to invent the so-called long burning match that you can actually put on your braai 10 or 15 years ago they would really have thought I have just lost my mind. Fact is, you buy those things at R50 or R60 these days in probably every store that you can find one. The point that I'm making is even though you see these things it's all good and well and people understand it but you need determination to carry that to fruition at the end of the day to make it work. You've got this idea, you’ve convinced people now but now it needs doing.

Kyle: 04:37 Exactly so, that’s why you've got to have that internal determination to keep going and one of the things that I say to people is expect the struggle. Expect that if you thought it was going to be six months to build this app or launch this thing it’s going to be twelve, just expect it. So that when you aim for things so that you can get over that disappointment quicker when it doesn’t happen before hand and there’ll be people that will see it. I think the main thing I see with the guys that really make it is that they keep going. That they see the vision and that they hold true to it, within reason you know don't get me wrong, I’ve met people where they give me a picture and I've poked some holes at their business plan and I show them some things and then they ignore me and then those are the things that end up making their idea not work or not launch. I don’t think that’s what I’m saying that when you’re crazy that you don’t listen to other people and you don’t listen to advice but, what I'm saying is that you will know in your gut when someone is saying something to you just because they want to be negative towards your idea or when there's someone that says listen this is a great idea but, this is a potential risk or this is a potential concern for your business. So that's my thing, if you’re expecting that then you’re ready for it. When you're ready for the game and you're training beforehand even it's a little discussion that you have with yourself in your head it just makes you that more better equipped to be successful.

Marius: 06:06 You know what I would agree with you and then I'm saying this with all due respect that if everyone of us could have a bright spark idea that actually worked at the end of the day the word entrepreneur wouldn't exist. Fact is like you said you need to expect a bit of failure, you need to expect pressure. In determination that makes up for it and it makes up for that little bit of crazy that you have. It makes you different and being different builds the brand because if everybody could make adidas takkies we wouldn't be around today.

Kyle: 06:43 Exactly. You have to get that point of differentiation and I think that it's the people that are the most passionate about what they do and they’re most driven about what they do and they end up at creating the most distinct brands and those brands typically do really really well. One thing I will say is that a great idea is a great idea but, unless I can physically experience it or touch it or actually use it means it has no value. So coming up with the idea is really I would say is the easy part. It’s executing, getting it from a napkin or drawing in a book or a conversation with a friend to actually being a real tangible thing that people can touch and feel. I think that most people underestimate the road that takes this, but you get there it's definitely worth it.

Marius: 07:38 I would say so you know, just to finish off, I watched another Dragons Den episode over the weekend and there’s a guy by the name Touker Suleyman, he knows what he's all about and I mean he’s not a very poor chap in Britain and after he accepted or made an offer one of the people that came in, I can remember the words, he said well, all well now, now the nice part is over, now the work starts, this is where it gets serious. You can’t do that alone, you need people like you, to help you with this, in all the aspects of it and I think you would agree with me?

Kyle: 08:21 Well people have built great brands on their own to a degree but, I think that the one thing is that most of them have had great partners. They brought on board great partners and done the right thing at the right time. And with the clients that work with us and we help them develop brands and we’re always focusing on trying to develop those assets that are going to get them to where they want. I can't speak for all branding agencies we focus on brand development. I can't focus on everyone but, you know I'm not after throwing a cap with your logo on it. I would want to sell you something that's going to actually do something for your company. And that's why I think we connect really well with the guys that are a little bit crazy because they're innovative and because they're innovative and they're different then, we can paint the picture for them and they'll get much quicker than the average guy.

Marius: 09:17 And I say that’s what makes the difference. Being different can lead to success. So says the guru Idea Power Kyle Rolfe, Brand Engineer. Kyle thanks a lot we look forward to talking to you next week again.